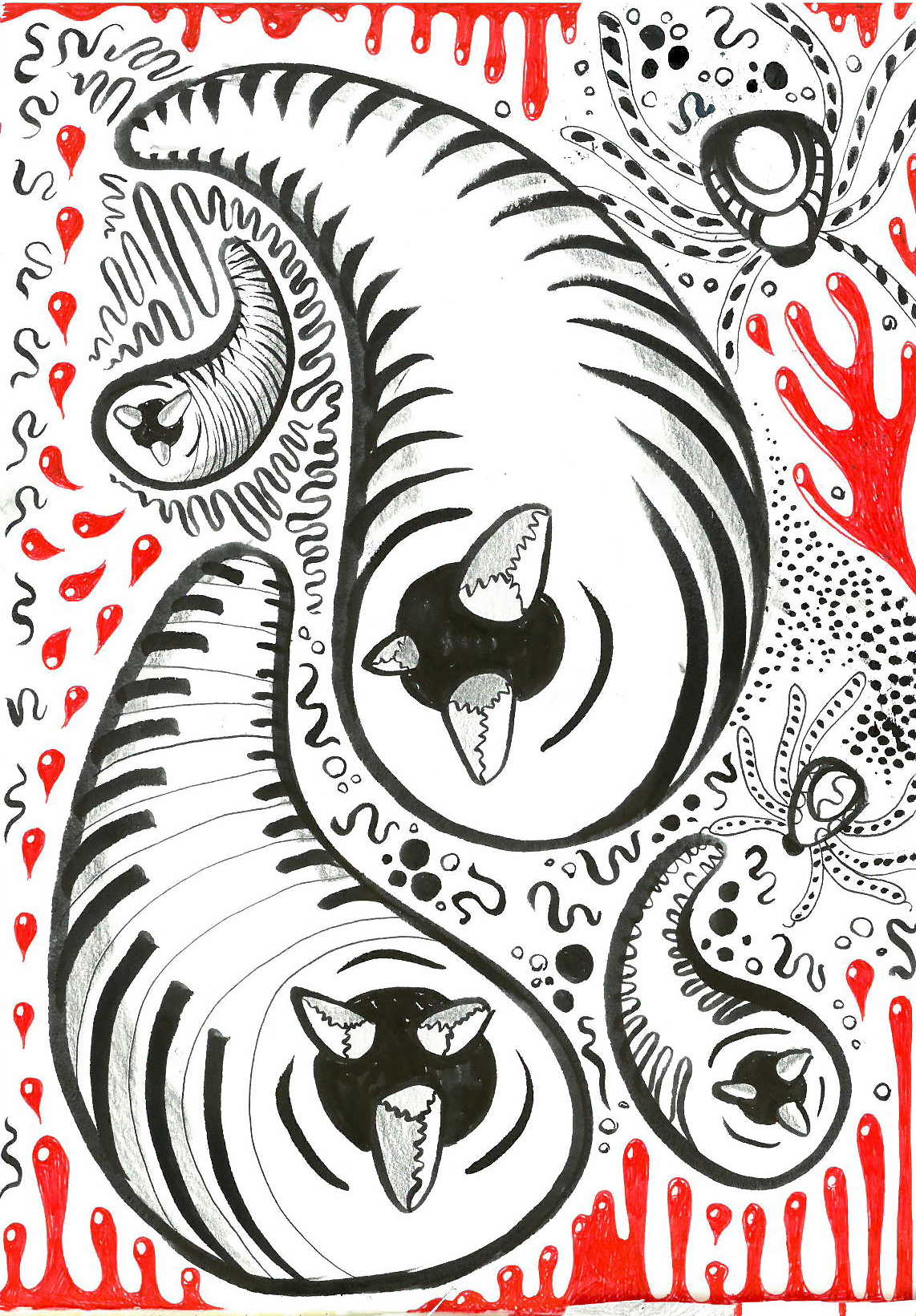 There is a whole world of parasites out there whose lifestyles are fascinating, diabolical, bizarre, or just plain ugly. It is said that sometimes fact is stranger than fiction - here are some facts that confirm that to be true. Did you know that tapeworms infect nearly 175 million people around the world and they can live for up to 30 years (Scholz et al., 2009)? Or that leeches posses three jaws and can consume 5 times their body weight in blood (Mehlhorn, 2019)? Remarkably, 5% of all humans that ever lived were killed by malaria [reference]. Then there is the parasite that eats the tongue of a fish, which serves as its host, and uses its own body as a replacement, getting first dibs on any food that passes through the fish’s mouth (Knapton, 2015). Ever seen the movie “Alien”? The parasitoid wasp inspired the writers. This vicious insect lays her eggs inside a living animal. The eggs develop into budding young wasps and eventually eat their way out of their (still) living host (Harvey et al., 2013). And there is the bizarre fungus Ophiocordyceps unilateralis which infects the brain of carpenter ants. The fungus tricks the ant to hang upside down from a leaf.  The ant dies, but the fungus grows out of the ant’s head to release its spores. (de Bekker et al., 2014). These are just a few samples of the weird and wonderful world of parasites!

Blog post: My personal view on parasites up until now (like most other people) has been vastly influenced by pop culture references and the general notion that parasites are horrible. Read more about Samantha Shippley's take on parasites as evolutionary drivers.

de Bekker, C., M. Merrow, and D.P. Hughes, From behaviour to mechanisms: An integrative approach to the manipulation by a parasitic fungus (Ophiocordyceps unilateralis s.l.) of its host ants (Camponotus spp.). Integrative and Comparative Biology, 2014. 54(2): p. 166-176.