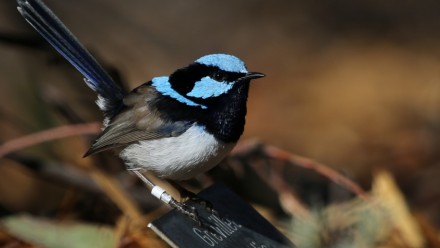 There was general disbelief and excitement when the bird learned the task perfectly.

Biologists have succeeded in teaching wild birds to understand a new language.

After only two days of training, fairy wrens learnt to flee when they heard an alarm call that was foreign to them, showing that birds can learn to eavesdrop on the calls of other species.

The research, led by biologists at The Australian National University (ANU), could be used to help train captive animals to recognise signals of danger before they are released in to the wild.

"The first bird we tested lived on the ANU campus near my office. There was general disbelief and excitement when the bird learned the task perfectly," said the leader of the study, Professor Robert Magrath, from the ANU Research School of Biology.

"We had been doing experiments on learning using different methods, but until then with little success. So it was exciting to finally crack the practical problems of carrying out this experiment, and get clear results."

Many animals get information about danger by eavesdropping on each other, but how they do it has been an ongoing puzzle.

"Recognizing other species' calls is a remarkable ability, because there are lots of species in a natural community, and lots of different types of calls. It's like understanding multiple foreign languages," Professor Magrath said.

The biologists trained the fairy-wrens by playing unfamiliar sounds to them, while throwing a model glider of a predatory bird, a currawong or a sparrowhawk, over them.

After only eight playbacks the birds had learned to flee, while they did not flee when played unfamiliar sounds that had not been paired with the gliders. 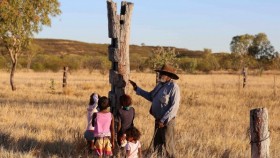 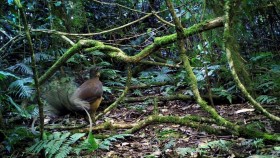 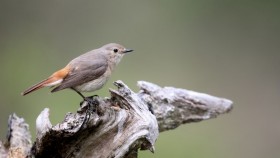