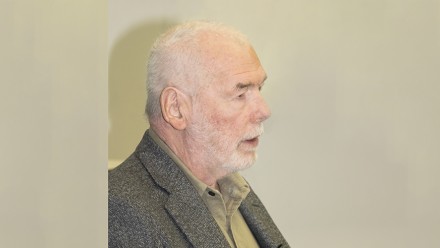 Ian was born in Ilford, Essex, England, the son of a school master. He was sent to the country during the bombing of London and in 1952 became a temporary worker in the Physics Department, at Rothamsted Experimental Station. In 1953 he was appointed a Scientific Officer, Sugar Manufacturers of Jamaica Association, Jamaica. In 1960 he became Lecturer, and obtained his PhD at the same time, at the University of Nottingham School of Agriculture, England. His research was initially in soil physics and micrometeorology and resulted in a thesis and papers dealing with the transfer of water in the soil –plant-atmosphere system, and heat, mass and momentum transfer in plant stands. These papers attracted the attention of Dr Ralph Slatyer, then at the CSIRO Division of Land Research (Black Mountain), who in 1966 invited Ian to become a Research Fellow. In 1968 Ralph founded the Department of Environmental Biology at the Research School of Biological Sciences, and Ian moved too. His interests then gravitated towards plant physiology and ecology, particularly on the ways in which plants balance the competing requirements of conserving water and acquiring carbon. There was an emphasis on the application of optimisation theory to such problems. He developed the current units of gas exchange (mol m-2s-1 of water vapour, CO2, photon flux, and the conductance to diffusion). He was a Fellow of the Australian Academy of Science and played an important role in preserving the unity of the ANU when there was a move to separate out the funding of the JCSMR.

Ian retired in 1993 after having led the Environmental Biology Department, and then the E.B. Group. He continued writing and intellectual activities, focussing on the history and social implications of Darwinism, and on the life of Alfred Russel Wallace. Ian was a great mentor to his students, this role extending in some cases decades after the degree. Chin comments that Ian taught him to think, and also to love opera. Without Ian Chin says he would be a retired school-teacher in Singapore. Graham was struck by Ian’s intellectual rigour, and credits Ian with much of his own success. Ian was a warm person, with great skill in telling stories at his own expense.