Preventing the scourge of Konzo 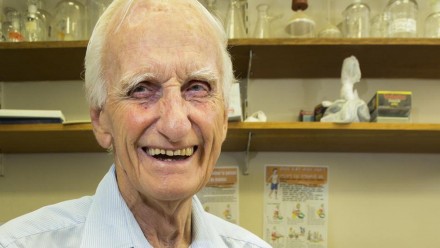 Through our work, konzo has now been prevented in 16 villages, which has involved more than 10,000 people.

Tackling one of tropical Africa's crippling epidemic diseases has been an interesting and demanding retirement project, as HOWARD BRADBURY AM writes.

It was when I first saw the poverty and deprivation of poor people in India in 1974 that I decided to include food chemistry as part of my research on physical and biological chemistry.

Supported by the Australian Centre for International Agricultural Research (ACIAR), the group I was in analysed the root crops of the South Pacific for their nutrients.

We confirmed that the widely-eaten plant cassava - also known as tapioca - contained a poisonous cyanide compound.

Consumption of cyanogens from a cassava meal can cause acute intoxication and, sometimes, death.

A large, non-lethal intake of cyanogens over several weeks, coupled with malnutrition, is associated with konzo, an upper motor neuron disease that causes irreversible paralysis of the legs, particularly in children and young women.

Konzo occurs in eight African countries and it is worst in the Democratic Republic of Congo (DRC), where there are an estimated 100,000 cases.

Konzo epidemics may also occur due to drought or war.

I saw a need to work on cassava cyanide diseases and, after 'retiring' from the Chemistry Department at ANU in December 1988, I moved to the Botany Department, now part of the ANU Research School of Biology, and concentrated on this new research area.

In tropical Africa in 1994, there was no simple method of measuring the cyanogen content of their staple food cassava, so we were funded by ACIAR to develop a test kit.

As cyanide is detoxified in the body to thiocyanate, we also developed a kit to assess urinary thiocyanate.

Since 1996, these kits have been given away for free to health workers in developing countries and sold in first world countries.

A decade later, I discovered a wetting method that removes cyanogens from cassava flour.

The enzyme present breaks down the cyanide compound (linamarin) to hydrogen cyanide gas.

The damp cassava flour is then cooked to make the traditional thick porridge that is called fufu in DRC and nchima in Mozambique.

Village women in Mozambique, where konzo occurs, accepted it readily and the bitter flavour of linamarin in the flour was removed.

The simple wetting method is surely a gift from God. We developed a colour poster available in 15 different languages that describes the method.

Konzo is a significant public health problem in DRC so, in 2009, we started a collaboration to prevent new konzo cases with Professor JP Banea, Director of the National Institute of Nutrition.

In the konzo-affected village of Kay Kalenge, women were taught to use the wetting method every day and, after 18 months, no new konzo cases had occurred.

For the first time ever konzo had been prevented. In Kay Kalenge today, the wetting method is still used and it has spread by word of mouth to adjacent villages. There are no new konzo cases.

Through our work, konzo has now been prevented in 16 villages, which has involved more than 10,000 people.

The intervention time has been halved to nine months and the cost reduced to $16 per person.

Because of cassava's popularity, konzo is spreading in tropical Africa. More work, and funds, are desperately needed. 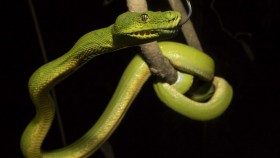 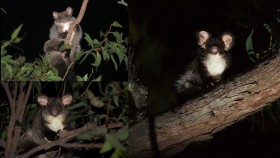