My background is in Computational Biology and Computer Science. I did my PhD at ANU on discovery of plant long non-coding RNA transcripts. After that, I did my postdoctoral training with Professor Anders Krogh’s group at The Bioinformatics Center at The University of Copenhagen, Denmark. My research focus was on developing computational methods and statistical models for studying determinants of microRNA targeting, and studying microRNA functional genomics such as their association with disease-related pathways, which was primarily in collaboration with Professor Anders Lund’s microRNA/epigenetics group at BRIC, University of Copenhagen. These studies included the role of miRNAs in colon cancer, small intestinal neoplasia, lysosomal storage disease, and Hodgkin lymphoma. I then went to New York to join Eric Lai’s RNA Biology lab as a research fellow at Sloan-Kettering Institute, which was a core group of the NHGRI modENCODE consortium. My research focused on developing computational/statistical to functionally elucidate RNA-mediated gene silencing regulatory mechanisms in both Drosophila and mammals. These mechanisms, including microRNAs and small interfering RNA (siRNA) regulation, potentially play a role in animal development and many pathological processes.

I just returned to Australia to take an ARC future fellowship (2017-2021) based at the Division of Biomedical Science and Biochemistry (BSB). The current goal of my research is to make use of genomics, computational/statistical methods, and the power of deep sequencing approaches combined with experimental validation to explore diverse modes of gene regulatory networks, both post-transcriptional gene regulation by small RNAs, structural RNAs, and RNA binding proteins, and transcriptional regulation by transcription factors, For example, my recent study in Drosophila melanogaster discovered a class of long endogenous hairpin RNAs co-evolving with their targets and causing severe phenotypic defects in sperm development and male fertility. I am particular interested in understanding how these RNAs are made, how they evolve, how they regulate their target expression, and do they exist in other insects and higher organisms. In collaboration, we are also interested in studing the potential role of RNA-binding proteins in regulating alternative poly polyadenylation (APA) events in the central nervous system, and how cell-specific transcription factors interacting with chromatin factors and control neural cell fate specification.

What do you see as challenges for your field of research?

Computational biology has significantly advanced modern biology in the last decades and is accelerating. I feel that a challenge for the computational biologists is to maintain close collaboration and feedback between computational and bench scientists at all stages of the scientific method: from hypothesis generation to experimental design and analysis.

Who is your science hero?

Einstein was the archetypal scientist who dedicated his life to his subject and was also a philosopher who had profound and interesting things to say. And his publication output in 1905 is something we could all aspire to as scientists!

Darwin changed our view of the world and is the basis of all we do in biology and particularly, of course, my research area of comparative genomics. He spent years collecting observations on which his research was based, and I have walked along the path he took in the Blue mountains as part of his amazing travels.

What else do you have underway?

Having just started here less than 3 months ago, my next big task is to build a research lab by recruiting students and establishing local collaborations.

This profile first appeared in the RSB Newsletter, Issue 91, October 2017. 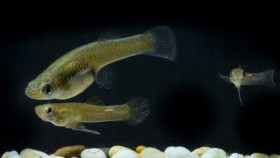 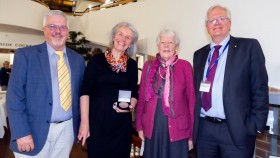