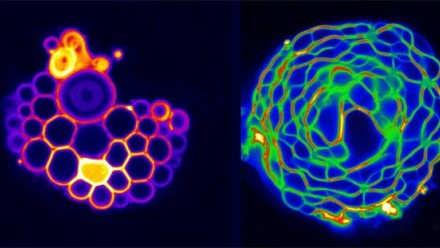 In 2007 chronic pain was experienced by 3.1 million Australians and it is estimated to cost the country 34 Billion each year in health costs and lost productivity. It has been proposed that new drugs that target specific ion channels in the nervous system would represent a breakthrough in dealing with pain without problematic side effects.

Nerve and muscle signaling is controlled by voltage-gated sodium channels which are the targets of local anesthetics, anti-epileptics and anti-arrythmics. Current medications do not selectively target specific types of sodium channel found in the body, but compounds that do so have the potential to be breakthrough treatments for chronic pain, epilepsy and other neuronal disorders. We use long computer simulations to understand how existing anaesthetics work, to investigate promising lead compounds and to design new molecules for targeting the sodium channels implicated in pain perception.