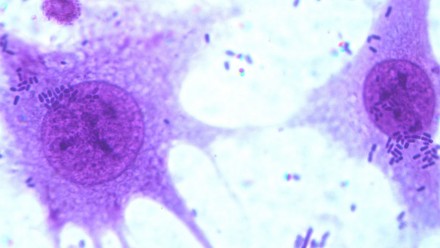 The genus Shigella comprises four species - S. dysenteriae, S. flexneri, S. boydii and S. sonnei. Two species, in particular, S. dysenteriae type 1 and S. flexneri, cause acute diarrhoeal illness which often results in chronic infection especially in malnourished infants and children. Each year there are approximately 190 million cases of shigellosis throughout the world causing 70,000 deaths in children. The infectivity of the disease is very high with oral-faecal person-to-person spread the most important mode of transmission. As hygiene standards and sanitary facilities in developing countries are not likely to improve in the near future, the development of effective vaccines is vital for the control and prevention of shigellosis. Several approaches have been used in the past, but no effective vaccine is available for prevention of shigellosis at present. Using a functional genomics approach, my group is identifying novel virulence factors of S. flexneri and studying their potential as vaccine targets for the development of both live and subunit vaccines against shigellosis.