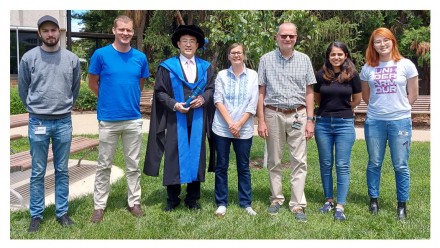 Story | Thursday 11 April 2019
Stefan Bröer is looking for the right molecule for a biological target, that could be developed into a drug to treat diabetes. Now ANU has its own library of compounds, available to biological and medical researchers, managed by the Research School of Chemistry.

Story | Thursday 9 February 2017
Hartnup disorder is a rare disorder that is caused by an inability to absorb the breakdown products of protein digestion, namely amino acids. In 2004, Stefan Bröer’s group discovered the gene that is mutated in Hartnup disorder, a transporter that mediates the absorption of amino acids in the intestine and kidney.

The degree so good, you’ll never want it to end

Story | Monday 9 May 2016
RSB researchers have found a vital supply route that cancer cells use to obtain their nutrients, in a discovery that could lead to new treatments to stop the growth of tumours.

Story | Friday 15 May 2015
Australian researchers have discovered a link between protein intake and improved control of blood glucose in mice, opening the way for potential new treatments for type 2 diabetes in humans. 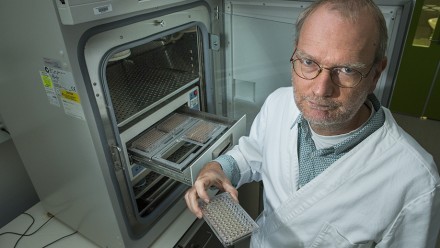