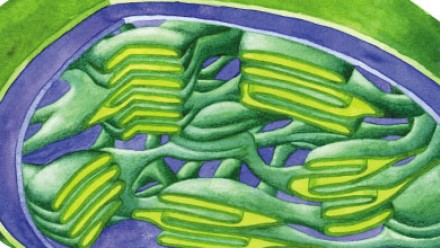 Strategies for efficiently engineering the small subunit of higher plant Rubisco are being developed.

Higher plant Rubisco is comprised of two subunits with primarily only the larger, catalytic L-subunits readily accessible for genetic modification. There is strong evidence in the literature however that Rubisco catalysis can be stimulated by structural changes to the S-subunit. Engineering improvements to higher plant Rubisco catalysis are therefore also likely to be stimulated by S-subunit residue changes. An appropriate means for engineering the native (or foreign) RbcS genes in higher plants has been an elusive challenge due to the multiple RbcS copies in the nucleus that essentially exclude them from targeted mutagenic or replacement strategies. Prior work by Whitney has shown that transferral of RbcS to the plastid genome results in very little assembly of plastid-synthesized small subunits into functional Rubisco (Whitney and Andrews, 2001, Plant Cell 13: 193-205). The objective of this research project is to expand on this work and utilise existing tobacco mutants and advances in trans-gene expression in plastids to develop an efficient engineering tool for modifying higher plant S-subunits.