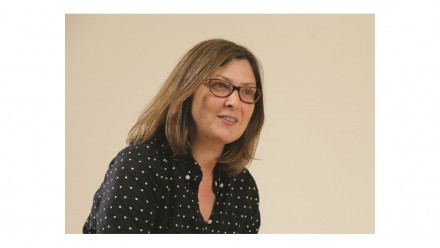 The Type VII secretion system (T7SS) is commonly found in Gram-positive actinobacteria and in firmicutes including Staphylococcus aureus. S. aureus encodes a single T7SS that is required for virulence in mouse models of infection. The S. aureus T7SS machinery is composed of four membrane proteins, EsaA, EssA, EssB and EssC, and two additional globular proteins EsxA and EsaB. Structural studies suggest that EssC, a member of the AAA+ ATPase superfamily, protein most likely forms the secretion pore. Strains of S. aureus show sequence variability in the most C-terminal ATPase domain of EssC and evidence suggests that this region of the protein is involved in substrate recognition.
Some strains of S. aureus secrete a large nuclease toxin through the T7SS that is very potent, and highly active against chromosomal DNA. S. aureus protects itself from the action of the nuclease by producing an anti-toxin that binds tightly to the nuclease, blocking its activity. The nuclease also interacts with a specific chaperone that appears to target the nuclease-anti-toxin complex to the secretion machinery. During secretion by the T7SS, the anti-toxin is probably dissociated from the nuclease and remains inside the cell while the nuclease is secreted. Co-culture experiments indicates that the T7-dependent nuclease mediates competition between closely related S. aureus strains, which is likely to be important during colonization.
More recently we have identified a further T7 substrate protein that encoded across all S. aureus strains as well as in Listeria and Enterococci. The protein has a toxic C-terminal domain that depolarizes the bacterial cytoplasmic membrane. Toxic activity is prevented by interaction with a membrane-bound anti-toxin. Using a zebrafish hindbrain ventricle infection model, we demonstrate that this T7 substrate protein is required for full virulence.