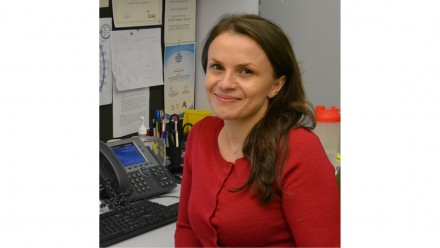 Mitochondrial function and cell viability require a functional and healthy mitochondrial proteome. 99% of the mitochondrial proteome is nuclear-encoded, which means it needs to be trafficked to, and imported into the organelle. Mitochondrial translocases are crucial molecular machines that facilitate import and sorting of the mitochondrial proteome. Traditionally mitochondrial protein import has been investigated using fungal models, such as the Baker's yeast Saccharomyces cerevisiae. We became interested in investigating these pathways and machines in higher eukaryotic cells so that we could explore the consequences of protein import dysfunction on cell health and physiology. Our work on the major inner membrane translocase, the TIM22 complex revealed novel facilitators and import mechanisms in human cells and connections to mitochondrial disease (1,2). I will discuss out research into the fundamental biology protein import and how we investigate the molecular mechanisms underpinning protein import dysfunction in mitochondrial disease.
References
1.            Kang Y, Baker MJ, Liem M, Louber J, McKenzie M, Atukorala I, Ang CS, Keerthikumar S, Mathivanan S, Stojanovski D. Tim29 is a novel subunit of the human TIM22 translocase and is involved in complex assembly and stability. eLife. 2016;5.
2.            Kang Y, Stroud DA, Baker MJ, De Souza DP, Frazier AE, Liem M, Tull D, Mathivanan S, McConville MJ, Thorburn DR, Ryan MT, Stojanovski D. Sengers Syndrome-Associated Mitochondrial Acylglycerol Kinase Is a Subunit of the Human TIM22 Protein Import Complex. Molecular cell. 2017;67(3):457-70.e5.

Dr Stojanovski is a mitochondrial biologist located in the Department of Biochemistry and Molecular Biology at the University of Melbourne and the Bio21 Institute. Dr Stojanovski obtained her PhD from La Trobe University in 2006 where she worked with Prof. Mike Ryan on the emerging topic of mitochondrial dynamics. In 2006, she moved to the University of Freiburg as an Alexander von Humboldt research fellow working with Prof. Nikolaus Pfanner on protein translocation systems in yeast mitochondria. She returned to La Trobe University in 2009 as an Australian post-doctoral fellow and in 2013 was recruited to the University of Melbourne as the Biochemistry Fund Fellow to start an independent lab. In 2018 she was awarded the inaugural research fellowship from the Australian Mitochondrial Disease Foundation to support her research into the basic biology of mitochondrial disease.