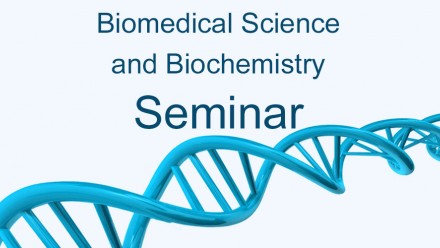 The multidrug resistance protein P-glycoprotein (P-gp) is characterized by its ability to bind and/or transport many chemically, structurally, and functionally unrelated drugs. P-gp overexpression in cancer cells confers multidrug resistance by preventing sufficient accumulation of anticancer drugs within the cell, thus avoiding their cytotoxic effects. This is achieved by P-gp’s ability to mediate ATP-dependent drug translocation across the plasma membrane against a concentration gradient.
The substrate poly-specificity displayed by P-gp is imparted by the existence of at least four pharmacologically distinct drug binding sites located within the transmembrane domain. However, whether these sites are spatially distinct from each other has not been clear. Biochemical and structural investigations have identified the presence of a large aqueous central cavity which is likely the location for the binding sites. My PhD research has focused on the identification of several key contact residues of four pharmacologically distinct substrates/modulators of P-gp (nicardipine, vinblastine, rhodamine 123, and paclitaxel), known to bind at the four identified sites. Seven residues in various transmembrane domains were mutated to a cysteine. Biochemical assays using purified, reconstituted P-gp expressing each mutant isoform was used to identify which contact residues were implicated in the binding each drug. For rhodamine 123 binding, the identified contact residues were located within the central cavity of P-gp. However, for vinblastine, paclitaxel, and nicardipine, the implicated contact residues were located at the lipid-protein interface rather than the central cavity. A key residue (F978) located within the central cavity is believed to be involved in the interdomain communication between the transmembrane domains (site of drug binding) and the nucleotide binding domains (site of ATP hydrolysis). Taken together, data produced during my PhD investigation suggests the existence of spatially distinct drug binding sites that are connected through a single translocation pore in the central cavity.
Understanding the pharmacology and the spatial location of each drug binding site in P-gp is crucial to progressing our understanding of how P-gp confers resistance to such a vast number of drugs. These findings aim to contribute towards identification of novel inhibitors of P-gp, or in the design of cytotoxic compounds that will no longer be a substrate of P-gp, thus someday overcoming multidrug resistance in cancer.

ABOUT THE SPEAKER: Ritu completed her Masters in Science from the University of Auckland, New Zealand with a First-Class Honours in 2012, prior to commencing her PhD with A/Prof Richard Callaghan at ANU. She currently lives in Sydney and is working as a post-doctoral researcher in childhood leukemia and neuroblastoma.