Understanding the molecular basis of fungal rust diseases in plants 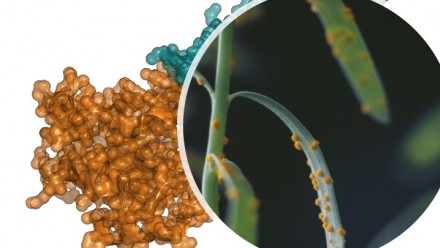 Rust fungi represent the largest group of plant pathogens and are responsible for some of the most devastating diseases in agriculture and forestry. Collectively, they cause disease in a broad range of plant species, including economically important food crops such as wheat, soybean and coffee. At the species level, rusts have evolved to colonise a very narrow host range by employing sophisticated methods to evade host defences and obtain macronutrients, while keeping the host alive (rust are obligate biotrophs and derive nutrients from living tissue). One common feature of rust fungi is the use of secreted proteins, known as effectors, which are delivered into host plant cells to promote virulence and facilitate colonisation. In response, plants have evolved intracellular multi-domain immunity proteins, known as nucleotide-binding oligomerisation domain-like receptors (NLRs), which can detect certain effectors leading to disease resistance.

We know that rust effectors are key determinants of host susceptibility and resistance (via NLR recognition) but there are significant gaps in our understanding that need to be addressed. The identity of a number of effectors from economically important rust fungi are known, but how these effectors promote virulence in susceptible plants is unknown. We also know that plant NLR proteins can directly interact with some rust effectors leading to disease resistance, but we lack a molecular understanding of this interaction and how this leads to disease resistance.

In this project we aim to build a molecular understanding of rust pathogenesis and disease resistance. We will also develop new methodologies and tools to facilitate direct in-planta studies in wheat.

The specific aims of the project are to:

There are numerous student projects that relate to the aims of this project. The project will involve the use of molecular biology, protein biochemistry, structural biology, synthetic biology and plant biology techniques. Top-up scholarships for both honours and PhD students have been awarded to current students in my laboratory. I will support these applications for future students. 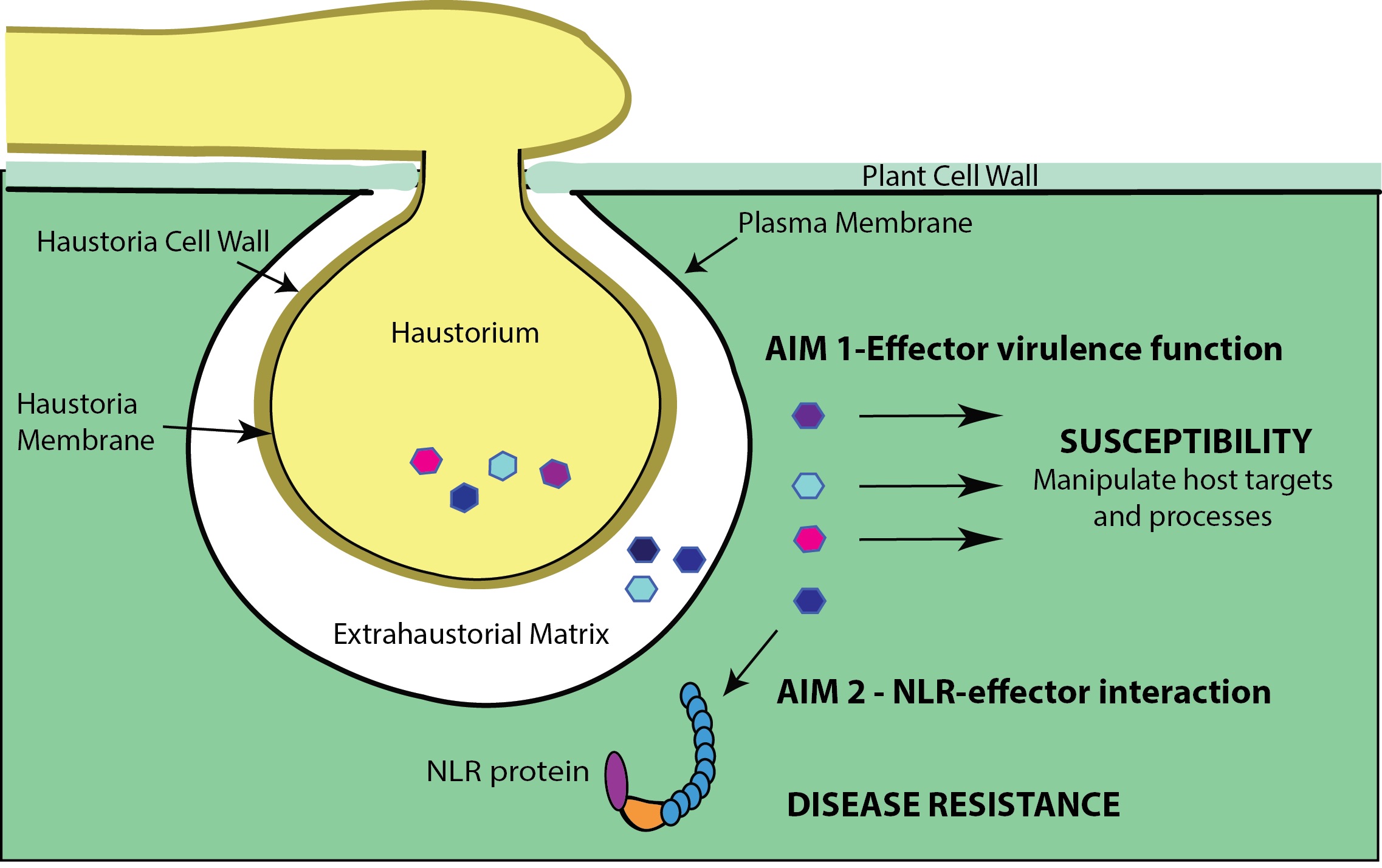 This project is open to Bachelor, Honours and PhD students