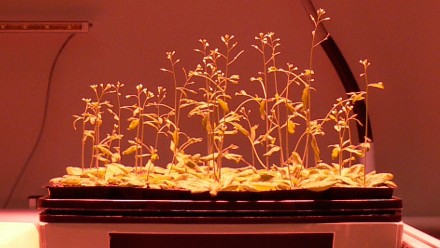 Climate variability is predicted to increase with climate change and the ability to acclimate to environmental perturbations and extremes has been widely described as having an adaptive benefit resulting in increased fitness. However, whether this is true is largely untested. This project will investigate the relationship between energy balance, thermal acclimation and fitness. Understanding this relationship, and the genetic architecture underpinning it, will contribute to the ability to breed agricultural species for future climates and to protect existing native habitats into the future.

The project will involve measuring the thermal acclimation of photosynthesis and respiration in natural population of Arabidopsis and relate this to biomass as measured using newly developed high throughput phenotyping methods. Genome Wide Association Mapping (GWAS) will then be used to find putative causative alleles for the traits of interest. The project would be based in the lab of Owen Atkin, but would draw on expertise from the Borevitz lab as part of the Centre for Plant Energy Biology at ANU. It could be an Honours, Masters or PhD project.