» Research » Research stories » New horizons: what can a biologist bring to the study of language endangerment?

New horizons: what can a biologist bring to the study of language endangerment?

The biologists and the linguists at ANU might sit on different sides of the campus, but Professor Lindell Bromham from the ANU Research School of Biology says it wasn’t difficult to see the benefits in the two disciplines coming together.

“It simply became clear that some of us were asking similar kinds of questions,” she says.

“As evolutionary biologists, we've built up a toolkit over many decades of useful analytical approaches to asking these questions,” Professor Bromham explains, “so we adapted some of the methods we've been using in biology to ask that question of language evolution.”

The resulting paper, published in Nature Ecology and Evolution, adapts analytical approaches used in conservation biology to offer a fascinating insight into why half of the world’s languages are now endangered. It’s a question requiring urgent attention: without intervention, it’s estimated that rates of language loss could triple within 40 years.

Looking at 6,511 different languages spoken around the world, the study considered how social, demographic, environmental and political factors affected the use of each language. For example, if a language is only spoken in a mountainous region, what impact might that have on its survival?

This is a similar question a biologist might ask while looking at extinction risk in a species. But, Professor Bromham explains, while interdisciplinary collaboration might start with similar questions, the way you find answers soon becomes quite different.

“When you look at endangerment of species, you might be asking, ‘What features of this species make them more likely to be endangered? Is it a specialist diet? Is at low reproductive rate?’ With languages, we're asking, ‘What about the educational system? What about the socio-economic setting?’

“On the one hand, you start from this idea that you've got a set of tools you've used in species endangerment; on the other hand, you're going to have to modify those analyses and get a completely different kind of data and look for a different kind of explanation, when you apply that to languages.”

When this analysis was done, Professor Bromham says, one of the most surprising findings of the study was the role of roads in language endangerment.

“We found that one of the greatest predictors of language loss is road density – above and beyond any other indicator of socio-economic development or urbanisation. We suggest it may be an indicator of connection between previously remote communities and larger regional centres, and the movement of people for work and education.

“But for us, the most worrying predictor we found was that higher average years of schooling was associated with greater language endangerment.

“It's very important to emphasise that we are not for a minute saying that education is bad. But it may be an indicator that formal education can have unintended consequences for Indigenous language vitality.”

“Some Indigenous communities have bilingual education, and this is something we should be supporting in Australia. Australia has one of the worst rates of language loss in the world, and we need to act now to make sure that we are doing what we can to keep Indigenous languages strong.”

Professor Bromham says the paper is evidence of how bringing people together from very different disciplines can “generate something new.”

“You’re being stretched beyond your boundaries, because by definition, you're working on things you have no expert knowledge on. That’s both wonderful and terrifying, because you’re starting from nothing. But you build your knowledge through collaboration and trust in other people.”

It’s the kind of work that requires a large investment of time, a lot of patience, and a willingness to be a beginner, she says. You also have to be prepared to say “Sorry, I don’t understand.”

“But I don’t mind saying that,” she says. “For me, that’s exciting. It’s a real pleasure to work outside your own box. You see new horizons.”

Study ecology and evolution with our global leaders at the ANU Research School of Biology as part of your undergraduate or master’s degree at ANU. 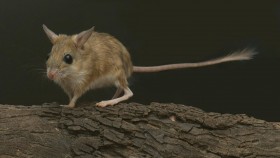 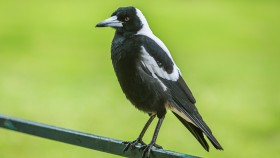