For more than a decade, the complete human and mouse genomes have been sequenced and catalogued in databases for anyone to search through. But the list of proteins encoded by those genomes still isn’t complete: researchers have just discovered more than 2000 new mammalian proteins created by splicing known genes in new ways. The strings of nucleotides that encode these novel proteins were already listed in databases, but it was assumed that they weren’t translated into proteins until a team of Australian scientists took a closer look.

“It all started when we found this bizarre splice form of a protein we were studying,” said Aude Fahrer of The Australian National University, senior author of the study. “We wondered how many other similar proteins there were.” 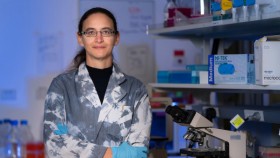 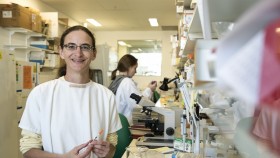