Size matters for heroes, not zeroes

Penis size influences a man’s sex appeal, and the taller the man, the bigger the effect, research from ANU has revealed.

“This is a topic that has captured the imagination of people all over the world for a very long time,” Professor Jennions said. “If you look at the magazine rack in your local newsagent, sooner or later you’ll see an article entitled ‘Does size matter?’ We wanted to answer this age-old question with a valid scientific approach – facts not opinions.”

In agreement with what research has already told us, the women preferred taller men and men with broad shoulders and narrow hips (V-shaped, rather than pear-shaped).

But this time, the researchers found that penis size matters too. And the bigger, the better – the most attractive penis size appears to be even larger than the team tested, exceeding the penis size of 98 per cent of Italian men.

“We’ve found that penis size did influence a man’s sex appeal, and it was just as important as height, which is a well-known factor in male attractiveness,” Professor Jennions said.

But the story isn’t quite as simple as ‘bigger is better’. Larger penises were much more attractive on taller men than shorter men.

“To put it bluntly, if you are short and pear-shaped, a large penis is not going to increase your attractiveness,” Dr Mautz said.

The women were harsh judges, making decisions on a figure’s attractiveness in an average 3 seconds flat, and even faster when viewing less attractive figures.

“Now that’s quick,” Dr Mautz said. “That’s so quick that you can’t really, in that short space of time, consciously go through the pros and cons of each character; that rating is an overall impression of attractiveness, not focused on any particular body part.”

This is an important aspect that distinguishes the team’s research from the one previous study of the effect of penis size on attractiveness in humans, says Dr Mautz.

“The only previous study of this topic in humans used five small drawings of male figures that differed only in penis length. It was very obvious to the female participants which character they were being asked to assess; in that situation, it’s easy for people to self-deceive or lie and distort the results,” Dr Mautz said.

“Not only did we vary several body parts at once, we also used life-size, 3D figures, which is much more realistic than simply seeing figures on a piece of paper.”

This isn’t just an amusing topic of interest to the general public, but also a valid scientific question, says Professor Jennions.

“Humans have slightly longer, and notably thicker penises for their body size compared to other primates. It’s been suggested that (before humans wore clothes) females used penis size as one of the deciding factors when choosing a mate, but until now there has been very little data to support that. Our results hint that humans might have larger penises because females in the past were more likely to mate with well-endowed males,” he said.

The work was done in collaboration with researchers from Monash University and La Trobe University.

Watch a short presentation on the research by Professor Jennions on the ANU YouTube Channel. 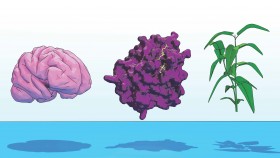 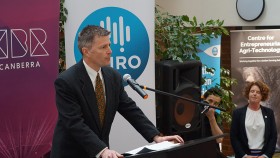 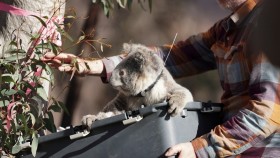