Professor Geoff McFadden, whose research has led to a paradigm shift in understanding the malaria parasite, has been awarded the Ralph Slatyer Medal for outstanding biological research for 2019.

"I’m honoured to received the Slatyer Medal and be part of the commemoration of a scientist who not only imaginative and transformative research but went on to enable so many other Australian scientists to have the infrastructure and resources to pursue their scientific questions through his leadership roles.", said Professor McFadden.

Professor McFadden, of the University of Melbourne School of Biosciences, heads a research group that discovered the remnants of a plant-like chloroplast in the malaria parasite. “Our research has led to a paradigm shift in understanding the malaria parasite," he said. "We had a central role in discovering that the malaria parasite is a kind of microscopic plant.  We found the remnants of a plant-like chloroplast in the parasite, which is now providing novel ways to tackle this serious disease and revealed that the large group of parasites to which malaria belongs arose from symbiotic algae that converted to parasitism, probably as much as 500 million years ago.”

"Geoff has made outstanding contributions to our understanding of parasites that are part of the group of organisms known as apicomplexans", said Professor Allen Rodrigo, Director of the ANU Research School of Biology. "The malaria parasite is one member of this group, and Geoff’s discovery that the group’s evolutionary origins include an ancient symbiosis with a photosynthetic bacterium has led to new and interesting ways to combat malaria."

The Ralph Slatyer Medal is awarded annually to a person who has made an outstanding contribution to biological research. The awardee must be an Australian citizen or resident, or their research must be relevant to Australia.

The medal was presented at a special ceremony at ANU on Wednesday 5 June 2019, when Professor McFadden gave a public lecture on his work. 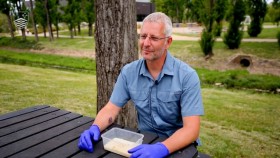 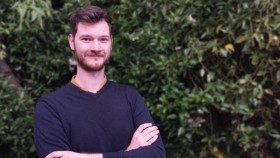