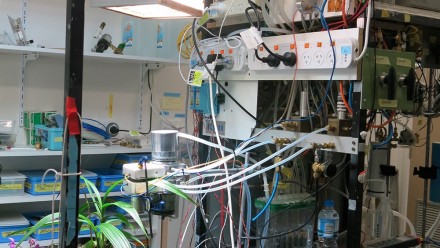 by Laura Kent and Stefan Bröer

Photosynthesis is a key biological process that involves the exchange of CO2 and O2 between the atmosphere and plant leaves via pores in the leaves called stomata. Photosynthesis is hindered by the inefficiency of the enzyme Rubisco that is responsible for catalyzing the incorporation of CO2 into plant material. The inefficiency arises from a competition between low levels of CO2 compared with much higher concentrations of oxygen in the atmosphere, which can also react with Rubisco in a non-productive way. C3 plants (called C3 because the first product of CO2 fixation is half of a sugar molecule with three carbon atoms) are the most common type of plant and don’t house Rubisco in separate cells or compartments thus increasing the inefficiency of the enzyme in low CO2 conditions. In the 1970s ANU researcher Dr Graham Farquhar investigated gas exchange in leaves of C3 plants, specifically the tradeoff between obtaining CO2 for photosynthesis and losing water via transpiration. Dr Farquhar’s research led to the creation of a mathematical model of gas exchange and carbon assimilation in C3 plants. Dr Farquhar along with Dr Susanne von Caemmerer and Dr Joe Berry formed the model which integrated all the previous knowledge about the biochemical components of photosynthesis and gas exchange in plants. The model predicted that the rate of CO2 fixation was controlled by the activity of the enzyme Rubisco.

In 1981 Dr von Caemmerer tested the predictions of the model by showing how the rate of CO2 assimilation is related to the biochemical components of photosynthesis. She investigated how the rate of CO2 fixation changes at low or high concentration of CO2. The results were consistent with the predictions made by Dr Farquhar and his team in 1980. The experiments showed that the rate of CO2 fixation is limited by the activity of Rubisco at low partial pressure of CO2 while the speed at which Rubisco is returned to normal (the meaning of normal is unclear) after a reaction is the limiting factor for the assimilation of CO2 at high concentrations of CO2. The investigations into carbon fixation and gas exchange by ANU researchers were essential to the understanding of photosynthesis and the development of new processes to increase the efficiency of the photosynthetic process in agriculture. 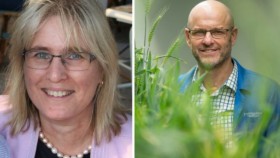 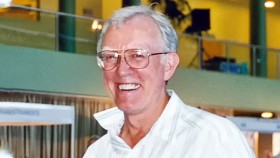