Crown snakes between science and art 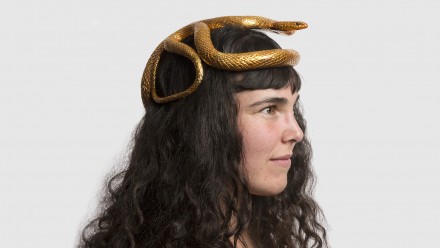 Not many people would be comfortable getting close to an eastern brown snake, let alone wear it on their head.

You’d be safe with this one though.  It is made from gold-plated aluminium, and was made to ‘crown’ the president of the Australian Society of Herpetology (ASH).

The snake crown is the result of the 2015/16 collaboration between Professor Scott Keogh, herpetologist and Head of The Division of Ecology and Evolution at RSB, and Dr Steven Holland from the ANU School of Art, as part of the Vice-Chancellor’s College Artist Fellows Scheme.

When it is not atop the head of the ASH president, the crown rests on a bronze stand, itself embellished with beautifully crafted models of small amphibians and reptiles.

Holland has been inspired by nature for years and studied the snakes of the Canberra region for his PhD. He says his link up with Keogh furthered this.

"As an artist, I was enriched by working with such an impressive biologist. I went to conferences, attended first year biology lectures and immersed myself in the language biologists use.

"I came to the realisation that biologists are incredibly creative people and it was an inspiration to work alongside them in RSB."

The snake crown was presented to the president of ASH at its 2016 annual conference in Launceston and will continue to be placed on the head of the incumbent president. 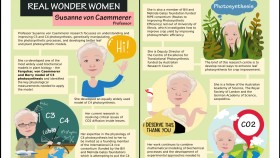 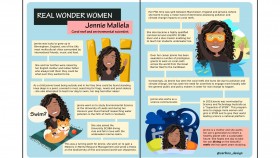 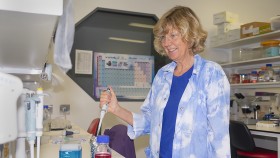