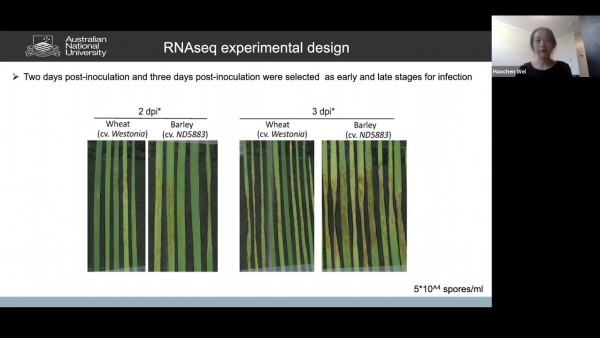 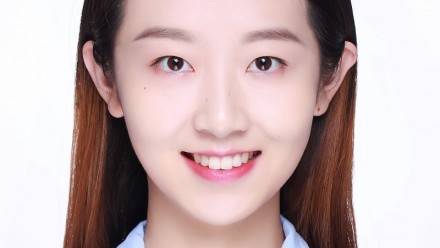 Abstract - Bipolaris sorokiniana is a hemibiotrophic pathogen causing spot blotch (SB) and common root rot (CRR) in both wheat and barley, and is causal to significant yield and economic losses. As a hemibiotroph, B. sorokiniana displays a rapid switch in lifecycle from biotrophic to necrotrophic growth during the early stages of infection, ultimately resulting in the death of host tissue. Despite the great significance of B. sorokiniana, the molecular mechanisms underpinning disease are poorly understood.

My research is focused on identifying host specific virulence factors that facilitate pathogenicity in the different cereal hosts and to dissect the underlying mechanisms. A deep RNA sequencing approach was undertaken from wheat and barley leaves infected with B. sorokiniana. In this dataset, I found fungal genes encoding small secreted proteins (SSPs), secondary metabolites (SMs), and cell wall-degrading enzymes that showed strongly differentiated transcriptional profiles between the two hosts and at different stages of the infections. Ten novel SSP effector candidates which were significantly differentially expressed between wheat and barley infections were identified. Furthermore, a polyketide-derived fumonisin biosynthetic gene and an extracellular iron-chelating siderophore synthetases gene which were both highly upregulated during early stage infection of wheat leaves were also identified.

Further functional characterisation of these candidates were employed via reverse genetics approach. Target gene replacement lines were generated with Hygromycin B resistance gene in B. sorokiniana for each of those candidates. Additionally, seedling pathogenicity assays were applied to confirm whether the mutants the of those candidates were required for the virulence of B. sorokiniana. This presentation will outline the progress in characterisation of these pathogenicity genes and their role in facilitating disease.

Biography - Haochen is a PhD student in the Solomon Lab, Research School of Biology, ANU. Prior to her PhD, she completed her undergraduate degree in Biotechnology at Northwest University in 2016.

You are invited to a Zoom webinar.

Please click the link below to join the webinar:
https://anu.zoom.us/j/82005216370?pwd=TWd2WmRuNEtBbmxrSXdITTRaSzkvZz09