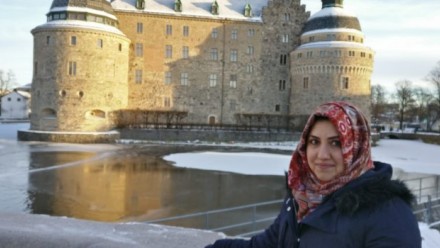 Abstract - Zymoseptoria tritici is an ascomycete fungus that causes Septoria tritici leaf blotch disease, which is one of the most devastating diseases of wheat specially in Europe. The lack of molecular tools has withheld functional genomics and consequently has left extensive gaps in the knowledge of the biology of infection by Z. tritici. The current research was conducted to develop molecular tools in order to facilitate forward and reserves genetic screens in Z. tritici. These tools include CRISPR/Cas9 genome editing that could provide high frequency targeted genome manipulations, agrobacterium mediated transformation and UV-mutagenesis to characterize putative effector candidate genes in Z. tritici.

We tested the efficacy of CRISPR/Cas9 approach in Z. tritici targeting two non-essential genes, nitrate reductase (NiaD) and Orotidine 5/-phosphate decarboxylase (PyrG). We attempted different approaches to deliver Cas9-gRNA complex into Z. tritici but neither approach generated CRISPR generated mutations questioning the suitability of CRISPR/Cas9 genome editing in Z. tritici. In contrast, successful gene editing was observed in another necrotrophic fungus, Parastagonospora nodorum, with higher efficiencies targeting the Tox3 effector gene. These data highlight the significant potential that CRISPR/Cas9 has in improving reverse genetics in plant pathogenic fungi but also that its efficacy is dependent on the targeted pathogen.

We identified candidate genes based on in planta functional analysis, RNA sequencing and proteomics analysis from Z. tritici in Solomon lab. Agrobacterium-mediated transformation was used to check the involvement of these genes in pathogenicity and were functionally characterized and validated their role in disease caused by Z. tritici. Two of these candidate genes, Zt61 and Zt10 play a key role in virulence of Z. tritici which has been confirmed through in planta assays. Zt61 protein has a structure similarity to bacterial expansin protein and is responsible for chlorotic and necrotic activity when infiltrated into wheat. Mutation in its three amino acid residues results in a decrease in phenotype confirming their role in activity. Overall, the molecular tools developed in this study will facilitate large-scale functional genomic analysis to interrogate the biology of infection by Z. tritici.

Biography-​ I joined Peter Solomon lab as a PhD candidate in June 2016. Prior to my PhD, I was employed as a research assistant at Institute of Biotechnology and Genetic Engineering (IBGE) in Pakistan working on Sugarcane genetics. I studied a Bachelor of Science (Honours) and M.Phil degree in Biotechnology from IBGE, KPK, Pakistan.