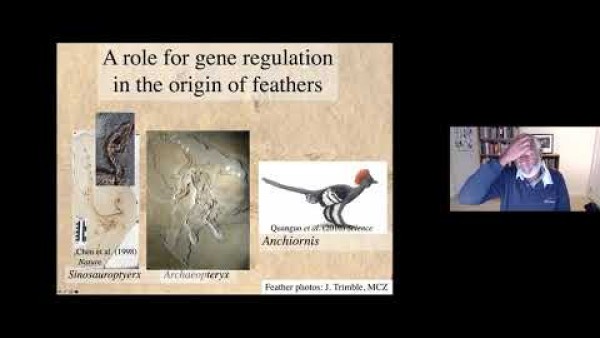 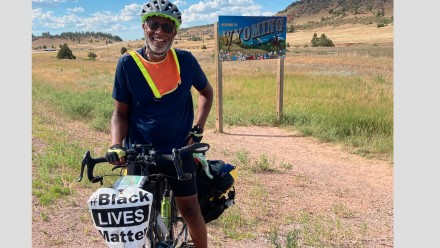 The genotype-to-phenotype (G2P) map is of ongoing interest in evolutionary biology. Whereas for a few model organisms, traditional methods such as genetic mapping have allowed great advances, the vast majority of biodiversity can’t embrace this paradigm. However, comparative genomics is now allowing us to map genes for traits using phylogenetic approaches (PhyloG2P; Smith et al. 2020 TREE). By taking advantages of phenotypically unique lineages or convergent evolution, PhyloG2P can provide surprisingly precise identification of coding and noncoding loci underlying evolutionarily labile traits. We have attempted this approach, in combination with novel statistical methods for identifying molecular rate shifts, to identify genomic regions underlying loss of flight in paleognathous birds, which include the flying tinamous of the New World and the flightless ratites (emu, ostrich, kiwi, etc) of Gondwana. This work showed that a small number of short, conserved non-exonic elements (CNEEs) are accelerated specifically in ratites and tend to occur near important developmental genes, such as TBX5, HOXD4 and IRX genes. ATAC-seq and enhancer screens reveal several CNEEs whose ability to drive gene expression in the avian forelimb has been lost in flightless birds. Overall our results suggest a strong role for non-coding regulatory evolution in the loss of flight in paleognathous birds. I will end by sharing some landscapes and reflections from my recent coast-to-coast bicycle trip, a journey of ~3800 miles via blue highways and small towns of the United States.

Scott Edwards is an acclaimed evolutionary biologist specialising in molecular evolution in birds. He has produced numerous high profile papers in leading journals like Nature, Science and P.N.A.S. (USA) that explore such topics as phylogenetic tree building, coalescence theory and, for our school-age webinar viewers, work on the relationship between dinosaurs and modern birds. Scott did his PhD at the University of California, Berkley, and then moved to the University of Washington. In 2003 he joined the world renowned Departmental of Organismal and Evolutionary Biology at Harvard University, where he remains to this day. His distinguished career has been recognised by multiple awards. For example, he was a made a fellow of the American Academy of Arts and Sciences in 2006 and the National Academy of Sciences (USA) in 2015. In addition to his research, Scott has actively worked to increase diversity among biologists and build a better, broader community. His deeply human, inclusive and, one might add, courageous approach to difficult challenges is best illustrated by viewing his daily tweets. Scott is currently cycling solo across the U.S.A. with a #BlackLivesMatter sign on his bike. Follow his progress on @ScottVEdwards1.