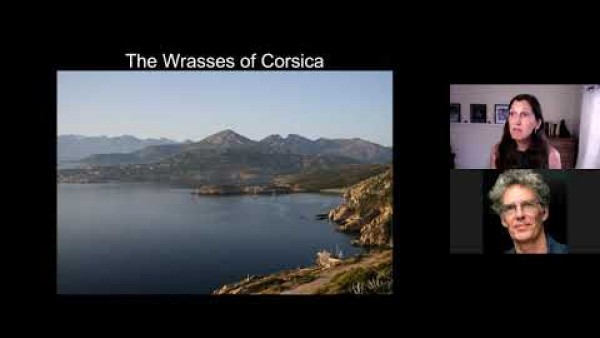 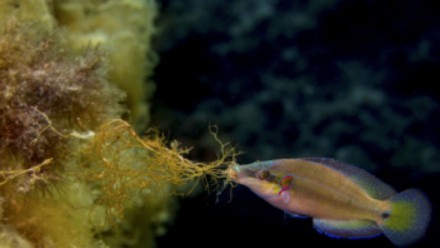 Sexual selection is an important evolutionary force, driving the evolution of striking traits that can appear not only beautiful, but also counter-intuitive and even ridiculous. In this talk, I will first discuss how sexual selection can arise from social interactions and therefore shape the mechanisms underlying behaviors. I will then present results of our recent research on the ocellated wrasse exploring the neural and hormonal mechanisms underlying and influencing social interactions.  In this species, males exhibit three alternative reproductive types. “Nesting males” provide parental care, defendterritories and form cooperative associations with unrelated “satellites,” who cheat by sneaking fertilizations but help by reducing sperm competition from “sneakers” who do not cooperate or provide care. We have identified distinct patterns of brain region-specific hormone receptor expression between males; most hormone receptors are more highly expressed in satellites and nesting males relative to sneakers and females.  We have also experimentally manipulated androgen signaling in dominant nesting males and found that it alters sperm characteristics, brain-region specific neural gene expression and social recognition. Linking variation in gene expression in the brain to variation in male behaviors that directly impact reproductive success not only informs the proximate mechanisms regulating these behaviors, but also how social interactions affect sexual selection on brains and reproductive behavior.

Suzanne Alonzo is currently a Full Professor in the Department of Ecology and Evolutionary Biology at the University of California Santa Cruz. Prior to this, Suzanne was a member of the faculty at Yale University for ten years. Suzanne uses a combination of mathematical theory and empirical research to understand the evolution and expression of reproductive behaviors and social interactions. Her fieldwork takes her to Corsica to study a species of fish with a particularly complex and fascinating mating system (the ocellated wrasse). A major contribution of her research has been to demonstrate both theoretically and empirically how interactions within and between the sexes simultaneously shape reproductive behaviors in both sexes. Suzanne is also the current vice president of the American Society of Naturalists and the president-elect of the International Society for Behavioral Ecology and has been an Editor and on the Editorial Board of various journals.Suzanne has been supported by the National Science Foundation of the United States continuously since 1993 and received every NSF fellowship possible, including the NSF Early CAREER Award which is the “most prestigious award in support of junior faculty who exemplify the role of teacher-scholars through outstanding research, excellent education and the integration of education and research”). She was also honored to receive the Yale Graduate Mentorship Award (2010) and the Yale Postdoctoral Mentorship Prize (2011), in recognition of my commitment to the education and mentorship of young scientists. She has given numerous plenaries and invited talks. Her research was highlighted in the PBS Nature Special “Animal Homes” in 2015 and a documentary on the biodiversity of Corsica “l’Appel du Bleu” airing this year on France 3 (the second largest French television station) and highlighted in various news outlets, including NPR’s ‘Morning Edition’, the New Scientist, Guardian, Daily Mail, Wall Street Journal and among others. Suzanne is involved in public outreach and various activities related to increasing diversity, equity and inclusion in science, including a recent co-organizing the recent ASN workshop “What happens when curiosity and questions about collide”.

Canberra time: please check your local time & date if you are watching from elsewhere.