Phylogenomic assessment of conservation priorities in two biodiversity hotspots: The Pilbara and Kimberley 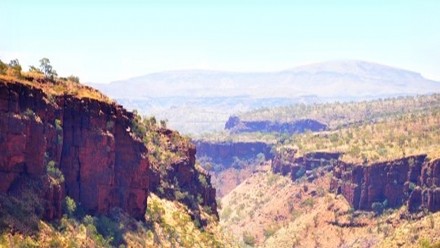 The Pilbara and Kimberley regions of Western Australia are renowned for the great natural beauty associated with their unique and ancient landscapes, the mineral wealth associated with those landscapes, and their high biodiversity. These regions are front and centre of the booming Australian mining industry, an industry credited with keeping Australia out of the recent world economic downturn. Science-driven biodiversity conservation of these nationally recognised biodiversity hotspots might seem at odds with this economic reality, but this is not the case. For example, in May of this year the Western Australian government released its 'Kimberley Science and Conservation Strategy' which outlines its investment of 63 million dollars over the next five years in a range of new initiatives aimed at sustainable development of the region. One of the most important is the creation of a series of Kimberley Wilderness Parks, which will comprise an interconnected system of over 3.5 million ha – one of the largest in the world. There is a very strong desire by the Western Australian Department of Environment and Conservation (DEC) to ensure that this massive conservation effort and expenditure will adequately protect the unique genetic and species diversity of these regions. At the core of our collaboration is the intent to provide rigorous estimates of biodiversity value of current and proposed reserves. In doing so we will transfer key knowledge and new technologies between partners, and train young researchers at the confluence of biodiversity analysis and conservation planning. This leverages substantial past and present ARC and DEC funded research to provide an integrated assessment with immediate relevance to on-ground conservation. For many years each of us worked towards improved understanding of diversity of plants and animals in these regions, but from different kinds of institutions (universities, museums, state government) and with different research drivers. Our overarching goal now is to combine efforts and use the highly endemic Pilbara and Kimberley regions as demonstration cases for cutting edge biodiversity conservation assessment and planning based on hard science. Achieving this goal will place Australia at the global forefront in protecting evolutionary as well as species diversity.

Aim 1: Apply cutting-edge genomic and statistical methods to identity previously cryptic lineages and estimate spatial patterns of lineage and phylogenetic endemism across the ancient landscapes of the Pilbara and Kimberley.

Aim 2: Quantify genetic conservation value of current and planned conservation areas and translate results into a form most usable for conservation decision-making.

This project applies new sequencing and analytical methods to measure how much unique genetic diversity is represented in current and planned reserves across two biodiversity hotspots – the Pilbara and Kimberley of north-west Australia. It combines university, museum and conservation agency researchers to improve ongoing conservation planning.

This project is open to Bachelor, Honours and PhD students