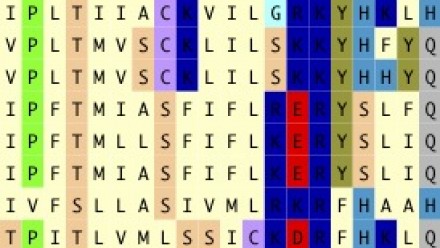 Nevertheless, achieving functional expression of a foreign transport protein in a host cell can be challenging. For example, the successful expression of PfCRT at the surface of the oocyte required the removal of a number of putative ‘intracellular retention signals’ from its amino acid sequence (PfCRT normally resides at the membrane of an internal organelle within the parasite). We are investigating the roles played by these signals in the localization and functional expression of PfCRT in the Xenopus system, and in the trafficking of the protein in the parasite. This work, which is being carried out in collaboration with Professor Geoff McFadden at the University of Melbourne, will provide valuable insights into the factors determining the successful expression of parasite proteins in heterologous systems, a field that has achieved only limited success to date.

Recent papers from this project: