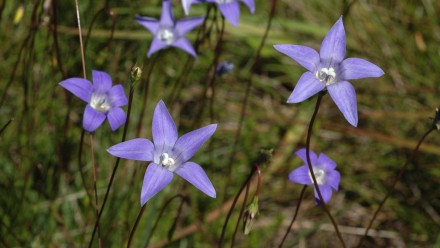 Overview: Understanding the effects of climate change on natural populations is a driving force for environmental and ecological science today. The ability of plants or animals to respond to changes in the environment they experience can determine whether populations will survive or go extinct in a changing world. The study of ‘phenotypic plasticity’, changes in response to environmental change, due to warming temperatures is a very active field of research, but our understanding of many fundamental issues is still unclear and will only be resolved by high-quality empirical experiments.

Patterns of dormancy and the evolutionary significance thereof have long fascinated plant biologists. Highly specialised dormancy mechanisms and germination triggers have evolved in plants and these determine the timing and conditions of seedling emergence. For most species the germination strategy is fairly predictable, but in some it can be highly plastic. This project would make use of a large-scale experiment already running as part of an ongoing project investigating the response to temperature of an Australian Alpine herb (Wahlenbergia ceracea). The seed of this species have previously been shown to vary in dormancy status: some are capable of germinating immediately at maturity (autumn) and others require exposure to cold winter temperatures to alleviate dormancy and thus only germinate in spring. We have developed controlled crossed lines to assess the effect of parental growth environments on offspring phenotypes and preliminary analyses suggest that the proportion of dormant seeds varies depends upon the parental growth environment. This honours project would examine the importance of parental growth environment on germination and early establishment characteristics of seedlings and would contrast the characteristics of Autumn vs Spring germinants to determine whether they differ in other elements of phenotype.

This project would address the following questions:

This project will involve seed germination experiments and subsequent measurements of a range of early establishment traits on seedlings under controlled conditions followed by analysis of the data; full training will be provided for all aspects, and you will be part of a larger team working on the plasticity in response to temperature.

This project is open to Honours students