Evolution of scald and net form of net blotch 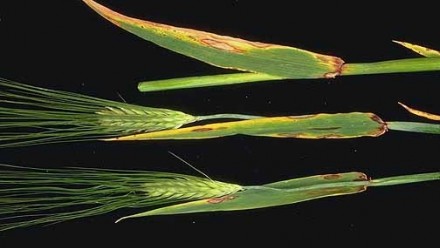 Scald is a disease of barley potentially resulting in 30% yield losses under conducive conditions in Australia. Scald also infects barley grass which may provide opportunities for scald to evolve new virulence on the genetically diverse barley grass. This study
aims investigate the contribution of wild (non-cultivated) hosts to the epidemic and population structure of the pathogen on cultivated barley.

Net form of net blotch is an important pathogen of barley resulting in yield losses of up to 70% in South Australia in 2009. Most barley varieties have previously shown good adult plant resistance against NFNB, however over the past 3 years new virulences have appeared separately on Keel, Maritime and Fleet in SA. Recombination between these isolates may lead to new even more virulent isolates in future.

This project is open to Honours and PhD students