The evolution of mouth markings in estrildid finches 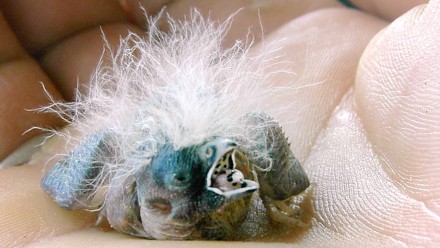 Nestling estrildid finches display a stunning array of different mouth colours and patterns, which may have evolved to facilitate discrimination of parasitic chicks in the nest. Discrimination against chicks with the wrong mouth markings has been interpreted as evidence of the evolution of defences against brood parasitism. Surprisingly, although Australian estrildids are not currently parasitised by any brood parasites, they still display elaborate mouth markings. This project will test whether Australian estrildids show similar discrimination behaviour to their African counterparts, to investigate whether mouth markings have arisen through coevolution between brood parasites and hosts or to facilitate provisioning.

This project is open to Masters and PhD students