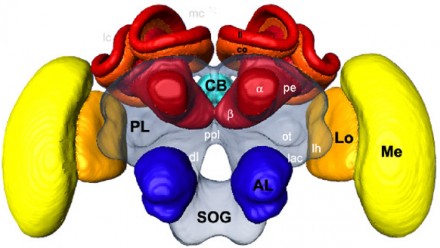 To study DNA methylation of histone modifications in the context of learning, memory and behavioural maturation

How can long-term memory be stable when the molecular composition of neurons is in constant flux and renewal? Answering this question remains a fundamental challenge to the neuroscience community: not least because memory stability is central to mental health. Recently it has been proposed that the molecular key to long term memory may lie in epigenetic modification of DNA. DNA-methylation adds methyl groups to cytosine nucleotides in the DNA chain: it does not change the genetic code, rather it changes how genes are transcribed. It has been proposed that DNA-methylation can stabilise long term memory by ‘locking in’ patterns of gene expression in a neuron.  This project will examine changes in gene methylation associated with the formation of memory, and the effects of those methylation changes on patterns of gene expression and neuron structure. It will assess the consequences of manipulating DNA-methylation and other epigenetic systems for long term memory. This study will investigate the molecular basis of memory, and will suggest new strategies for treatment of memory disorders.

Our research has shown that the honey bee has a human-like methylation system, and the bee provides a very simple system with which to explore the relationships between spatial memory, gene methylation, gene expression and neuron structure. As part of their natural behaviour honey bees on first leaving the hive undertake a series of orientation flights. The sole purpose of these flights is to equip the bee with a spatial map of their environment. By observing the number of orientation flights by each bee we can easily sample bees that differ in their navigational experience. The anatomy of the bee brain is simple, and the focus of spatial learning is known to be the mushroom bodies. Using laser microdissection we can precisely dissect this region for genomic analyses. We have developed bisulfite sequencing techniques to identify gene methylation changes associated with memory, and we will use genomic microarrays to assess memory-related gene expression changes. We also will measure changes in synapse density in the mushroom bodies associated with navigational experience. Finally, we will assess the effect of pharmacological manipulations of gene methylation on bee performance in recall of a maze learning task.

This project is open to Honours, Bachelor and PhD students

Maleszka Group - From molecules to behaviour