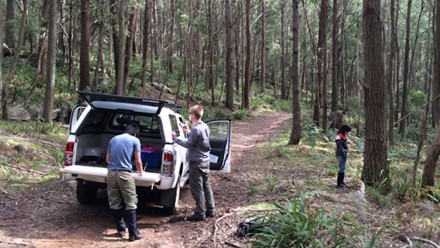 We are interested in the mechanisms behind the proximal processes of evolution – those that lead to population differentiation, divergence and ultimately speciation. Our group specialises in terrestrial invertebrates because their abundance and low dispersal rates make them excellent models for addressing basic evolutionary principles. Currently we are studying huntsman and funnelweb spiders, fergusonid flies and Onychophora. We use a number of different approaches including the examination of behaviour, morphology, sequence data and chromosomal variation.

The Bombyliidae (bee flies), comprising 15 subfamilies, over 250 genera and over 5,000 described species, is one of the most species-rich families

Story | Friday 29 May 2020
Why judging a book by its cover has led to a tangled family tree for the longhorn beetle.

Two weeks in the rainforest: undergraduate field trip to the Daintree

Story | Tuesday 25 July 2017
Thirty-three undergraduate students from a variety of backgrounds spent 2 weeks in Cape Tribulation, north of Cairns, this month, as part of the BIOL 2203/3303, Field studies in functional ecology course. 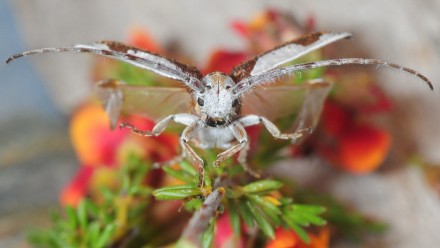