Membrane transport is essential for the growth, homeostasis and defence of cells. No better evidence of this fact is the considerable proportion of the genome devoted to membrane bound proteins. However, disruption of membrane transport often contributes to development, or progression, of many disease states. In addition, perturbations in membrane transport processes frequently contribute to the failure of many therapeutic strategies. Our research interests focus on understanding the contributions of membrane transport processes to disease and overcoming their impact in treating disease. The expertise of our research team is in the biochemical pharmacology of membrane transporters and generating structural information on these proteins. As shown by the diagram opposite, our strategy utilises the triad of structural, functional and pharmacological endeavours. The laboratory has assembled the infrastructure and considerable expertise in enabling us to work within this triad. We have five main streams of research, so click on the appropriate one and see more details on each of the major projects that we deal with:

Event | Wed 5 February 2020
Tracy Palmer is Professor of Microbiology in the Faculty of Medical Sciences, Newcastle University. She is an internationally-acclaimed molecular microbiologist who has made seminal contributions regarding bacterial protein secretion

The multidrug resistance protein P-glycoprotein (P-gp) is characterized by its ability to bind and/or transport many chemically, structurally, and

G protein-coupled receptors: the structural basis for their pharmacology

Disrupted dopamine signalling is a feature of multiple psychiatric and age-related neurodegenerative disorders, including Parkinson's disease. 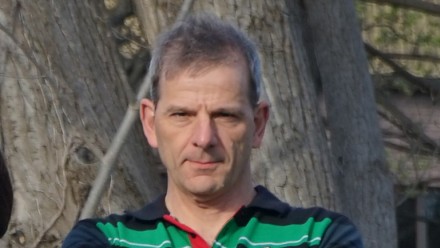