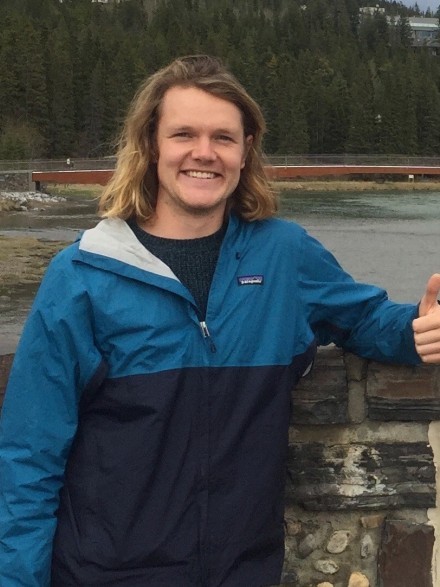 Joe completed his Bachelor of Philosophy (a research-focussed science degree) at the Australian National University, for which he received First Class Honours and the University Medal in Chemistry (2014). His Honours research in Colin Jackson’s group (2014) involved investigating the emergence and evolution of new enzyme function from non-catalytic ancestral proteins. Prior to this, Joe undertook research on the interaction of antimalarial compounds with the Plasmodium falciparum chloroquine resistance transporter (Kirk & Martin Groups, 2013), the dynamics of voltage gated sodium channels (Corry Group, 2013), and the characterisation of triazine degrading enzymes (Jackson Group, 2013).

Joe returned to ANU in 2016 to begin a PhD in the Jackson group, where he is studying the evolution of new enzyme function, the structure and function of bicarbonate binding proteins (with the Price Group, RSB), and antibody-antigen interactions involved with antimalarial vaccinations (with the Cockburn Group, JCSMR).